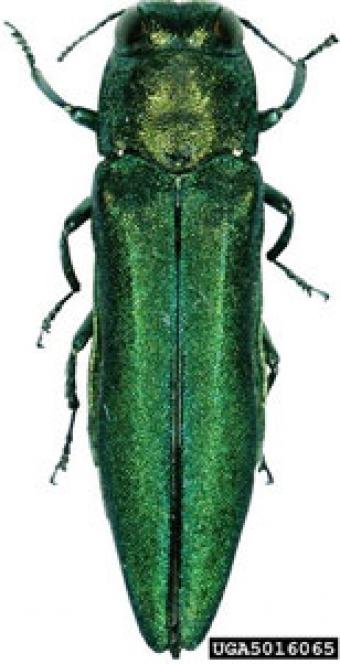 It's true... the Emerald Ash Borer, a non-native invasive species, has been killing millions of ash trees in southwestern Ontario and the US.

This pest attacks and kills all species of ash, except mountain ash which is not a true ash. If you have any type of ash, and think it might be infested, you need to call a pro.

This insect can quickly spread by people moving infested ash materials and firewood to new areas.

From the Niagara Penninsula Conservation Authority:

In 2009, Emerald Ash Borer was detected by the Canadian Food Inspection Agency (CFIA) in the Niagara Region.

The Niagara Region has been deemed by the CFIA as a “regulated area”. A regulated area is an area where specific ash materials are not to be moved out of in order to prevent the spread of EAB.

A Federal Ministerial Order has been put in place that prohibits the movement of any ash material and firewood of all ash species out of the Niagara Region into non-regulated areas unless written permission is given by the CFIA.


Safe Tree’s employees are individually qualified by the Ontario College of Trades, Humber College and the Infrastructure Health and Safety Association.

Urban trees face more tree stressors and need more help than trees in forests. We can help them by fertilizing.

Tips for Protecting Your Trees from Storm Damage

"With winter upon us for the upcoming months, the chance of tree damage from wind, snow, and ice increases significantly!"